With client satisfaction being the cornerstone of our work culture, we take great pride in consistently adopting the highest international standards on all client matters. Our professional team comprises of Lawyers, Chartered Accountants and Company Secretaries with experience in various industries. 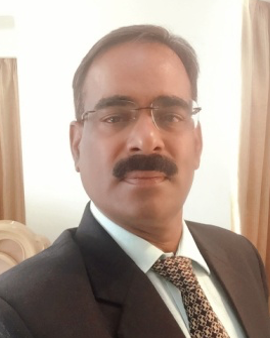 Mr. Sunil Kumar Sinha has been a General Manager in NTPC Limited, which is a public sector undertaking i.e. one of the Government of India Enterprises. He has majorly contributed for expansion of business in NTPC. He has headed many Government of India departments for the purpose of environment protection by reducing the level of carbon-dioxide in various thermal plants. He has always been managing various tasks and many challenging events within the specified time, thus proving his ability to meet specific timelines of clients. He has been a leader throughout his career while formulating working and business strategies and thereby has also developed an ability to work in a multi-cultural environment. 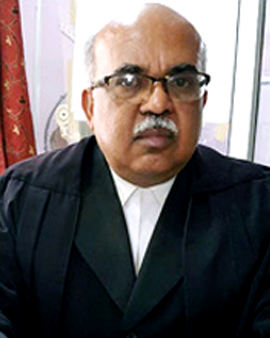 Rajiv Ranjan Mishra, with over three decades of experience, has an extensive litigation experience representing various departments of State Governments before various Courts, Commission and Tribunals (forums). Some of his core competencies include Appellate Practice, Arbitration, Consumer, Civil, Criminal and Constitutional matters and General Corporate Advisory. His analytical drafting and argumentative skills have resulted in an excellent track record of rendering quality services to clients from diverse sectors. He has been engaged as Govt. Pleader No. II by the Government of Jharkhand since November 2002. He is empanelled with Reserve Bank of India besides various state government undertakings. 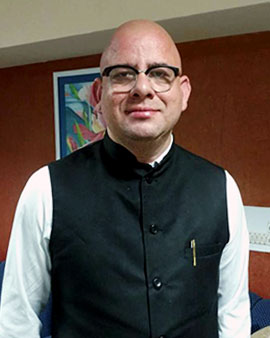 With an experience of almost two decades, he has carved out his niche in handling Legal and Court Matters/Litigations. Ehraz has received tremendous appreciation for his Academic and Teaching Skills while training and coaching officers of Delhi Police, Customs, Excise and Narcotics at National Academy of Customs & Excise, New Delhi as well as conducting Legal Literacy Programs with officials/Police Stations of Delhi Police. He has done various kinds of cases pertaining to all kinds of Civil, Criminal disputes and Indirect Tax Matters (Customs, Excise and Service Tax Matters), and independently handled various Arbitration Matters as well. He is also a Senior Empanelled Lawyer (Criminal) with New Delhi State Legal Services Authority, Patiala House Courts, New Delhi (DSLSA); a Remand Advocate in Sessions Courts. Apart from the aforesaid, he is also a Legal Advisor and Counsel to numerous Companies, Firms and Societies. Ehraz has been practicing before various forums such as Hon’ble Supreme Court of India, Hon’ble Delhi High Court and all its Subordinate Courts/District. He has also been handling cases at Customs, Excise, Service Tax Appellate Tribunal at New Delhi Bench, before Commissioner of Customs, Commissioner of Customs (Appeal), TDSAT, Armed Forces Tribunal, District Consumer Forums, State Commissions, National Commission, CESTAT, TDSAT, Delhi School Tribunal, etc. Ehraz has assisted Standing Counsels to the Government in various matters relating to Environment before various government forums. 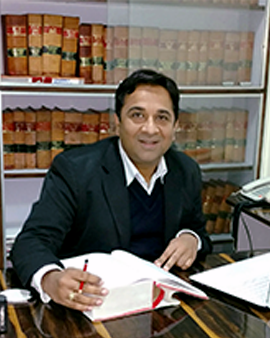 Akash Tyagi is an Advocate with over a decade of experience, specialising in litigation matters before various forums like Telecom Dispute Settlement Appellate Tribunal, District Courts, High Court and Supreme Court, State as well as Consumer Forums and various other Tribunals. He has sound knowledge of Drafting & vetting of Contracts, Agreements, MOUs, Addendums, Instruments, Deeds, Notices, Letters, Preparing response to Consultation Papers, synopsis of important Judgments affecting market/industry, Rejoinders and Complaints. He also has considerable experience in Corporate and Regulatory Advisory pertaining to various sectors such as Energy, Telecom, Broadcasting and Real Estate. Akash, further carries special expertise in matters relating to Negotiable Instruments and has ably handled many civil and criminal matters on the same. He has, over the years, also dealt with a number of Regulatory Bodies to ensure adequate compliance needs of various corporate, non-corporate and government clients are met in an efficient manner. He has had experience in matters relating to RDDBFI Act and SARFAESI Act which includes Arbitration matters, matters relating to NPAs and proceedings under Debt Recovery Tribunal. 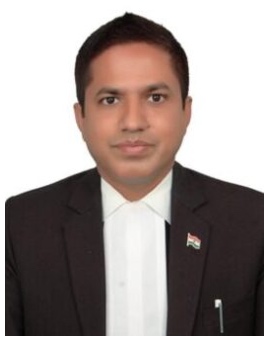 An alumni of Panjab University, Padmakant Dwivedi has been in practice primarily in the Punjab & Haryana High Court, Chandigarh for more than 15 years. He is adept at handling various types of Education Matters and Service Matters including issues involving Appointment, Promotion, Increments, Seniority, Pension and Retiral Benefits. He also holds a Specialisation in Land Acquisition Matters relating to acquisition of lands and enhancement/reduction of compensation thereof. He also has a keen interest in Law of Arbitration including issues involving appointment of Arbitrator and arguing for/against the award of the Arbitrator. He has advised and assisted cases as Panel Lawyer for HUDA, HSIIDC, HVPNL, UHBVN, DHBVNL, Haryana Tourism Corporation, Kaithal Coop. Bank and various other Municipal Bodies/Corporations/Boards, Haryana Agro Industries Corporation and Chaudhary Charan Singh Hisar Agricultural University, Hisar among others. 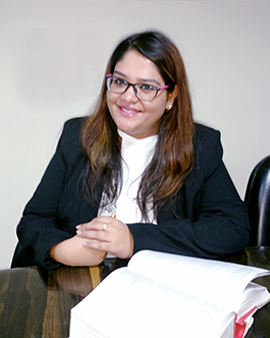 Tanya Gupta has a law degree with specialization in Intellectual Property Law. She handles matters relating to Intellectual Property, Telecom and Broadcasting. Tanya also has adequate work experience in various fields of law such as Corporate Law, Civil Litigation, Insurance Laws, Labour Laws, Banking related issues, Consumer Disputes and Matrimonial Laws. She has exposure to research work, documentation and drafting of various petitions as well as Legal letters, Vetting of Contracts, Legal Due diligence. Tanya is adept in maintaining cordial business relations with legal counsels and other external agencies on various issues. 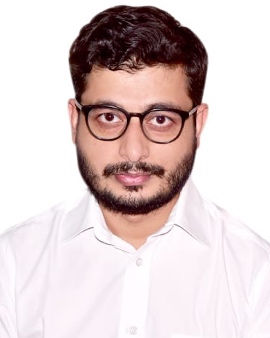 Sharaf Habibullah completed his LLB from Jamia Millia Islamia, New Delhi in 2013 and did his LLM in Banking and Finance Law from Queen Mary University of London in 2017, he has been working as an Advocate since 2013 with a brief hiatus of one year to complete his LLM. He has worked extensively in civil matters including but not limited to consumer matters, PILs, civil recoveries, matrimonial disputes etc. Having worked extensively with various government agencies on matters related to policy implementation, tenders, contracts and disputes arising therefrom, he has developed a keen interest in contract law and arbitration. He has almost 6 years of experience appearing before the various Sub-ordinate Courts, High Court and various other forums like the NGT, Central Administrative Tribunal etc. 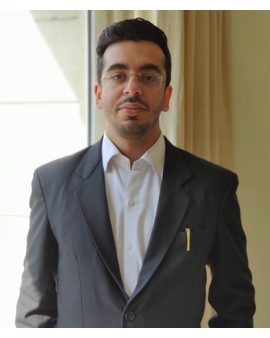 Daman Popli is a law graduate from Campus Law Centre, Faculty Of Law, University Of Delhi with more than 4 years of work experience in the field of Civil, Criminal and Commercial litigation. He has handled various types of litigation in Delhi District Courts, High Court and Supreme Court ranging from all types of Suits, Appeals, Writs , FIR Quashing, Eviction Petitions, Criminal Trials, Bail Applications, Motor accident cases and Appeals, Complaints under Negotiable Instruments Act. He has also assisted various Hon’ble Courts by recording evidence in capacity of Court Commissioner appointed by the Court. Daman also has experience in drafting and getting execution of various documents like Will, Sale Deed, Power of Attorney, Agreement to Sell and various other kind of agreements. He also has the experience of handling matters before the Consumer Forums and Tribunals like MCD Appellate Tribunal, Telecom Dispute Settlement Appellate Tribunal, Rent Control Tribunal. He has keen interest in learning and practicing in Civil, Commercial and Criminal litigation. Daman has also undertaken the assignment of drafting and formulating of Corporate Social Responsibility Policy and its working guidelines for various organisations. 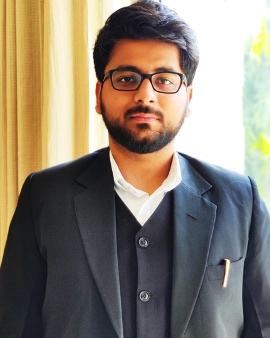 Satatya Anand is a law graduate from Chanakya National Law University, Patna. He has a keen interest in consumer, corporate/commercial, civil and criminal matters. He has been constantly handling Consumer, Arbitration, Criminal, Petroleum and Natural Gas, Broadcasting, Media and Entertainment matters. Satatya has been practicing before various Courts such as Hon’ble High Court and the Subordinate/District Courts. He has also been appearing and representing the clients before various Tribunals including but not limited to Telecom Dispute Settlement and Appellate Tribunal, Appellate Tribunal for Electricity, various Consumer Forums including National Consumer Dispute Redressal Commission. He has developed sound knowledge in drafting Petitions, Counter-claims, Rejoinders, Consumer Complaints as well as Legal Notices for clients. Satatya has been keenly involved in drafting and vetting of Contracts and Agreements including Non-Disclosure Agreements, Sale Deed, Power of Attorney, Will and Memorandum of Understanding for and between various organisations as well as individuals and has formulated Corporate Social Responsibility Policy and Working Guidelines for various companies as well. He has been constantly dealing with various Corporate, Non-Corporate and Government clients to ensure that their adequate-compliance needs are met efficiently.